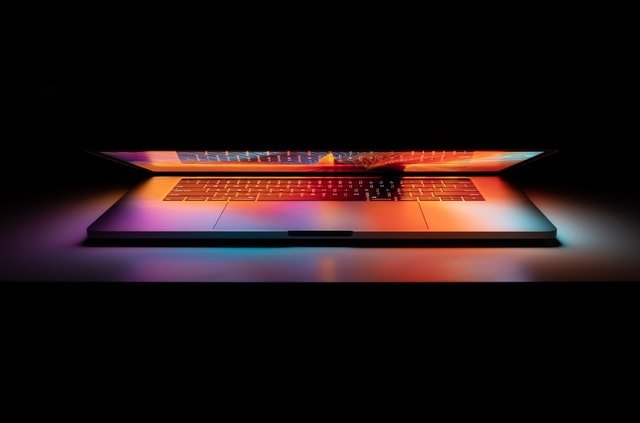 Last year I bought my first MacBook. It was the last Intel model, as I needed full support for running Windows VM.

Just a bit of a background: I left Apple ecosystem about 8 years ago When I felt that my iPhone 4S is limiting me because I couldn’t do any of the “power user” stuff on it. It was just too limiting back in the day and android for me way more freedom and flexibility.

I had a couple of Dell XPS laptops in full specs. I’ve been quite happy with them – 4K display, touchscreen, etc. It really worked fine.

But then Half way through the pandemic I wanted (I needed) some change. So I took a deep dive. Bought all there was to buy, just to get myself a full Apple experience: iPhone, iPad and MacBook.

No to my ultimate surprise it turned out that Windows installed on a Mac using Parallels works faster (Or at least feels like it but this is exactly what my goal was) than the OS installed natively on maxed out XPS.

I never looked back. After almost a year now I rarely put up my Windows VM outside training environment. The system architecture and the UX of macOS is just superior to what I’ve been used to.

Plus, let’s not forget that I was a hardcore Linux guy before I sold my soul to Microsoft and became Microsoft Certified Trainer. And when I did it was back in the day we’re having a MacBook in a Microsoft-sponsored conference would get you kicked out of it.

No I still use my XPS machines every now and then. They are more portable and the touchscreen is a lifesaver for every trainer. And switching between Mac and iPad during the presentation on Zoom or Teams is still far from perfect.

On top of that, I’ve never found proper MacOS alternative for ZoomIt.

The most irritating part of switching between MacBook and XPS (or any other Windows laptop for that matter), Is the difference in handling the common keys: Ctrl, Alt, ⌥ Option and ⌘ Command.

Muscle memory is super important thing to keep you productive especially when you’re under the stress or delivering a presentation. And you do aim to make it flawless right?

There are many solutions that can help you remap the keys in Windows OS. There’s SharpKeys, there’s AutoHotKey and there’s of course good ol’ keyremap.exe from Windows 2003.

I wanted to press what my fingers remember as ⌘-C to be an equivalent to Ctrl-C. But, at the same time I wanted to switch between apps using ⌘-Tab, not ^-Tab. Simple switching Ctrl with Alt wouldn’t help. Bummer!

For my own purposes, I needed just the simplest changes:

I tried all of those key remapping tools and none of them were perfect. Then I learned that the solution was hiding in plain sight.

As it turns out Microsoft is publishing their own set of utilities to customize Windows 10, called PowerToys.

This is a game changer. With a simple and Microsoft-developed Tool you can re-mop all of the keys that you’re used to using on your Mac. You can basically make Windows 10 feel like MacOS (at least in terms of keyboard shortcut only, of course).

It just couldn’t be easier! This is how I remapped those needs of mine and it works like a charm!

Firstly, in the Remap Keys section, you need to remap

Secondly, in the Remap Shortcuts add the following remaps:

As you can see the second part is quite tricky ass keys are already remarked therefore in order to achieve what we see as Alt-Q you need to map it as Control-Q. And the first two are just exceptions to the rule introduced in Remap Keys section.

Anyway, voila! This is my solution, to make it feel more like home, when using Windows.

Favor!: If you have some other/better solution or you just found it useful, let me know in the comments or on twitter! I’d appraciate it!

Please log in again. The login page will open in a new tab. After logging in you can close it and return to this page.